Feminism is evolving and there is enough room for simultaneous battles. 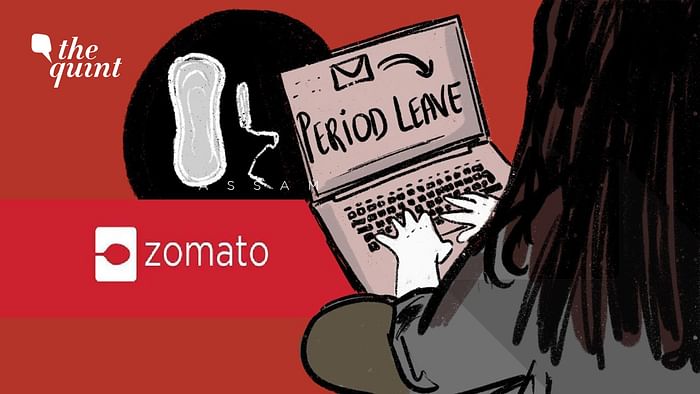 When Zomato announced its decision to offer period leaves to all menstruating employees, support poured in from all quarters. While some of us hailed the decision as a “great initiative,” yet others thanked Zomato for “understanding women”. 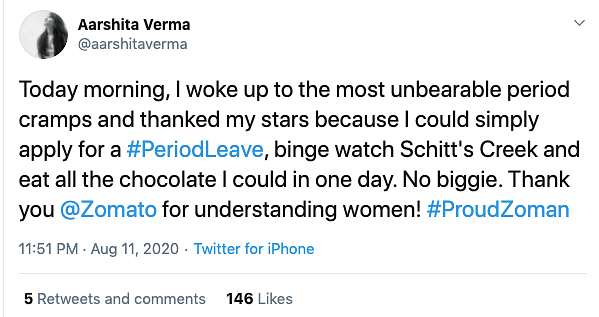 While the debate around period leaves is not new, to the shock and dismay of many, including yours truly, a few strong, successful women that we admire, came forward to criticise the move.

On Tuesday, 12 August, Barkha Dutt, in a series of tweets, dissed Zomato’s decision to offer period leave to all female employees. Her words: “…this is exactly what ghettoises women and strengthens biological determinism. We cannot want to join the infantry, report war, fly fighter jets, go into space, want no exceptionalism and want period leave. PLEASE.”In yet another tweet, she said: “The other thing hideous about the idea of Period Leave is how it turns a normal biological experience into some sort of monumental event, gendering us at work place when we have fought so hard to not be gendered.”Agreeing with Dutt, Shiv Sena MP Priyanka Chaturvedi said that she empathises “with women who have severe pain during their period days but expecting a specific leave is beginning of gendering at work places.”Further, All India Congress Committee spokesperson Dr Shama Mohammad tweeted, “When women want equal pay and gender equality, period leave is taking you back to the stone ages!”
These women weren’t alone in decrying period leaves.While Radio Jockey Suchitra said Zomato should have asked women if they wanted the optional period leave, or a 5 percent raise in their salary, clinical hypnotherapist Kamalrukh Khan stated that periods make us women, and “women want equality of opportunity, not exceptions.”Barkha Dutt, in her tweet, had categorically stated: “”You can troll me all you want. Won’t change my mind on this.”While the intent, here, is not to troll anybody, it is important to consider why maybe Barkha Dutt, Priyanka Chaturvedi, Dr Shama Mohammad and others should, ideally, change their mind.

Why Change Their Mind?

All folk who menstruate are built differently. While for some menstrual misery is lesser, for others, it is an excruciating, tormenting, gut-nay-uterus wrenching experience.

In a response to a criticism of her tweet, Barkha described how she reported from Kargil while menstruating with combiflam and toilet paper (because her bag was shelled) as her sole crutch. Yet others, such as Dr Shama Mohammad, RJ Suchitra and Kamalrukh Khan, insisted that women did not really want period leave.The trouble is, when we’re making statements on what people should do and deserve, especially pertaining to individual experiences of a biological process, it is imperative to recognise our own privilege in the discourse. Otherwise, we just end up making blanket assumptions.

Point(s) being: Just because you did it, it does not meant that everyone has to; and others may need something even if you don’t.

Dr Tanaya Narendra, a sexual and reproductive health and rights educator, tells me, “Dysmenorrhea – the medical term for painful periods – can be a debilitating condition for many menstruators.” She also points out that various factors like endometriosis and adenomyosis may frequently be responsible for severe dysmenorrhea.Dr Narendra says very often these underlying conditions go undiagnosed. This is because most people are conditioned to believe that severe pain is normal for those who menstruate, families are unsupportive, a strong element of shame is attached to menstruation and a lot of physicians are cisgender men so they cannot relate to the idea of something so routine being so painful.It seems, however, that some menstruators, such as the above-mentioned, are finding it hard to relate to that idea too.Many of the detractors of period leave say they sympathise with those who have “endometriosis and extreme menstrual pain” and that they should be allowed “medical leave”. But in a country where mere mention of menstruation is hushed, and women are expected to lap up whatever is dealt to them, one can’t expect easily available evidence of endometriosis or dysmenorrhea, or even awareness of the same amid the suffering party.

“If anything, the Zomato thing will normalise the fact that periods can be painful enough to merit leave,” says Dr Narendra. “And more people will be encouraged to go to the doctor and take their pain seriously.”

In a widely circulated Washington Post article from 2017, Barkha Dutt argued that in a world where girls are denied education because of cultural taboos, poverty and lack of basic facilities during their periods, it is ironic that “we, elite and spoiled women” are demanding the right to stay home.The “elite and spoiled” woman trope, however, cannot be divorced from its condescending and sexist context.It has been used, time and again, to trivialise educated women in protest. It is also used to curtail their freedom, discredit their independence and shut them up when they demand equal pay, adequate credit, and fight for causes that most of these women, who are now critiquing period leaves, espouse themselves.

Feminism is evolving and there is enough room for simultaneous battles. While we combat taboos around menstruation, demand affordable feminine hygiene products and fight to make sure that more women get to go to school, we don’t have to dismantle a cause that seeks to acknowledge menstruation as a painful experience.

Critiques of Zomato’s initiative have claimed that doors of opportunity will shut for women who claim period leaves.
But if that is a case, these critics ought to stand next to us and force those doors open. We have enough doors being slammed on our faces for no fault of ours, already.

Feminism entails allowing the space to acknowledge that pain and attempt to reduce it without having to lag behind those who don’t even experience it.

The ground was never equal to begin with.
Periods Leaves and Greater Equitability
Period leave does not strengthen biolgical determinsim, and even if it did it should not matter.

Feminism demands equitability. It does not need men, women and other people of other genders to be same. On the contrary, it demands that the unique experiences of people of all genders may be acknowledged, without any losses to either parties.

When you dismiss menstruation as a “normal experience”, you also dismiss the depression, the anxiety, the stigma, the nausea, the diarrhoea, the misery associated with it.

Besides, how can something that reeks of rotten, decrepit shame, ever be “normal”? Labelling it thus is an insult to those who have suffered because of it.Women have for way too long shoved combiflam, stuffed toilet paper, sat up, suited up and worked relentless while enduring tremendous pain and misery. Maybe in one workplace they don’t have to anymore, at least not when they don’t feel up to it. And just maybe, that’s a good thing.As Khemta H Jose, a journalist and a foreign policy expert, pointed out on Twitter: “Often people facing discrimination forget that their survival tactics, though necessary, were never right.”

“The trick is to recognise the moment you can survive without these compromises, and kick them to the curb.”